Basically I have been attempting the November prompts, I just haven’t been posting. I don’t know why but anyways, here’s today’s. Even if I’m not writing a novel or anything. It’s just that I enjoy them. Anyways.

They tried to take her with them. They tried to drag her away from what would be her destruction. They all tried. She saw them, and heard them, but did not understand. They were vacating the mountains and moving to the plains.

The mountains would be bombed.

They wanted to save her — a fragile soul, delicate skin, big dreamy eyes, face like a nectarine. However, she wouldn’t have any of this. The threat of the air strikes did not worry her weary mind. She had worried too much for her young years. Father, mother — all gone. She had been alone for a long time now. The mountains were her security. She could not leave them. The souls of her family traversed these paths with her. She knew they were there.

They tried to console themselves. Her delirious mind would bring about her destruction, they said. She laughed at them as they turned around to leave. Destruction? No.

Her bare feet led her to the river that ran between the two mountains that constituted her village. She decided to go up to the bridge. In the middle of the bridge, with the river roaring furiously, she stood and stared. Eyes fixed on this massive water body, mind racing with thoughts better left alone. She remembered everything. Her father taking her hand, telling her not to be afraid as they crossed the bridge. Her mother, scolding her and sending her outside the house in the cold as a punishment. The men that came. The way she hid, paralysed with fear, behind the bush. The way the house was set on fire. But what stood out the most — the screams. She wished she could forget. But they never did stop. Bloodied screams in a blazing fire.

She saw the river. How beautiful! Her internal conflicts resonated with the rage of the river. Her heart was at peace at last. It seemed to her as if the river had turned stationary, and she (with the bridge) was accelerating backwards. She felt an odd sense of calm and serene descend upon her as the river dissolved her identity. She was losing herself, she was aware of that. But she wasn’t afraid. The river — a massive body of rage and fury, but with musical undertones. Blue and grey on the surface but concealing all colours in its cold depths. Apparently indifferent, but actually holding the secrets to all of human history. How could she be afraid? What had sounded like the wrath of the river was a melodious voice singing to her.

Yes, she was losing herself. But to her Beloved.

Her beloved embraced her with cold, open arms. 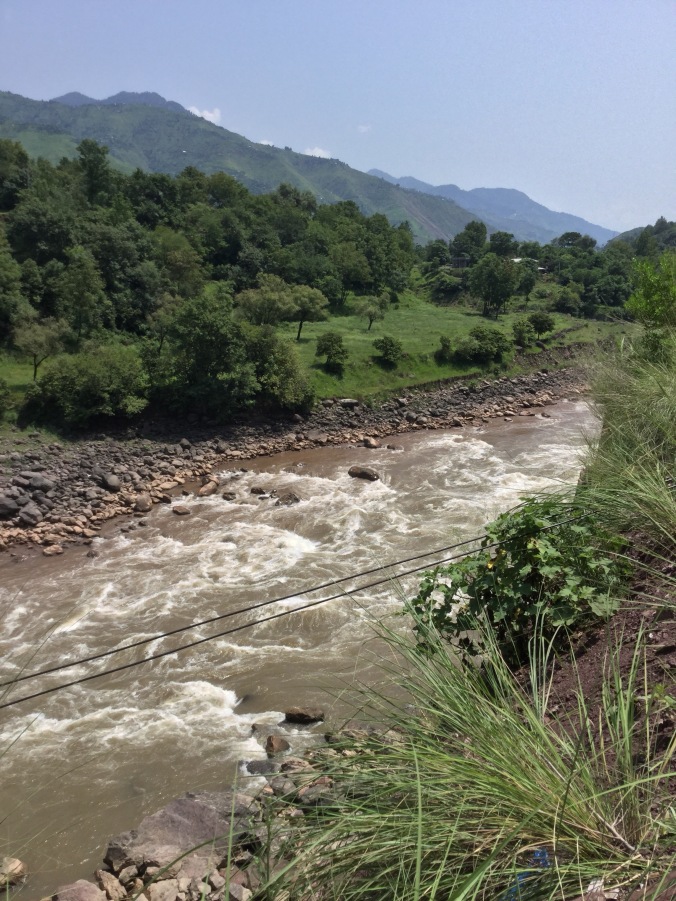